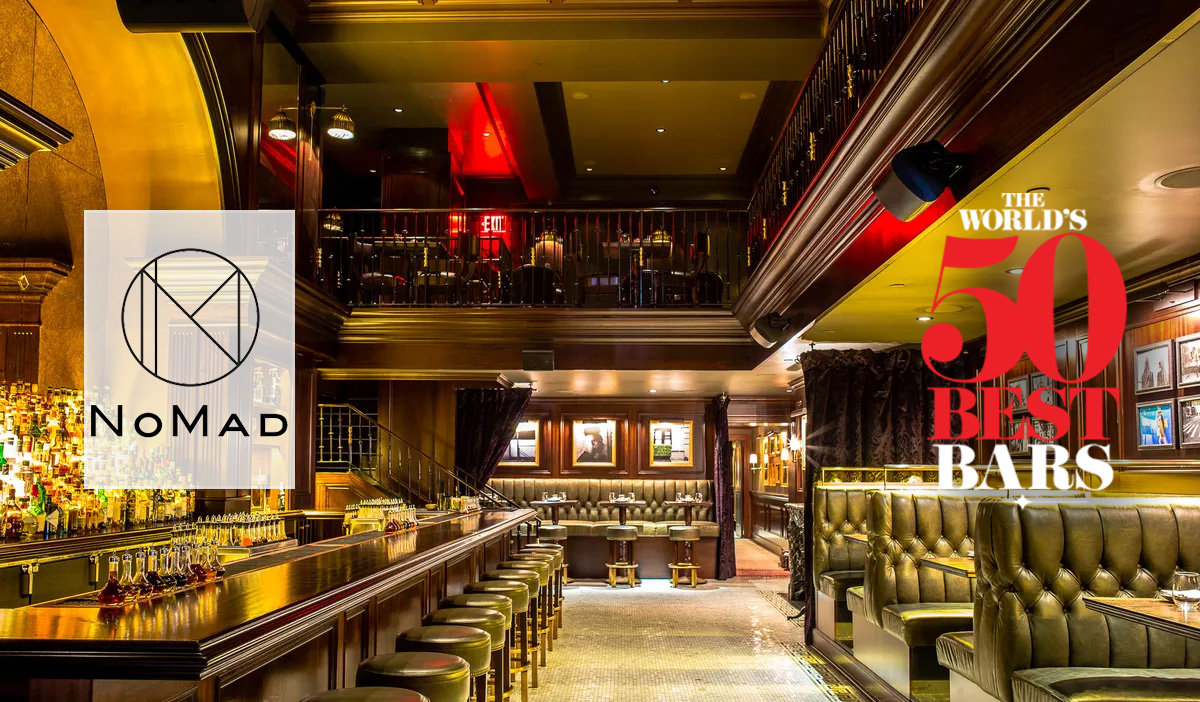 The 2019 list was revealed on the 3rd October at the Roundhouse in London, UK, during the most anticipated night of the year of the drinks industry. Now in its eleventh edition, The World’s 50 Best Bars provides an annual ranking voted by over 500 drinks experts from across the globe. The list represents the ultimate international guide to the world’s top bars and drinking destinations.

An important milestone for the NoMad, which, in addition to having ranked just at the foot of the podium, was also the bar with the highest score on both the United States and North America’s lists.

Like the homonymous hotel located in the heart of Manhattan, the NoMad bar was designed down to the smallest detail by French designer Jacques Garcia, who placed at the strategic points of the venue some of the iconic lamps of the Zonca Lighting collections such as Mathilde, Violetta, and Diderot, with the their classic lampshades, to create an atmosphere of timeless elegance.

Unlike many venues on the international scene, the NoMad was voted the best one for an intimate, night experience thanks to an impeccable service and quality in an environment with dark walls in sensual contrast with the soft and seductive lighting, for a truly five-star welcoming atmosphere.